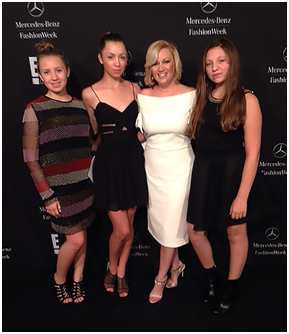 “I didn’t want them to know how bad I actually felt” Nancy said, in reference to her three daughters, shortly after she was diagnosed with an aggressive form of breast cancer on August 26, 2012. She underwent an extremely difficult process following the diagnosis including chemo, a lumpectomy, a double mastectomy, reconstructive surgery, and even a disintegrating marriage. Nancy finished her chemo in January 2013 while working as a Trauma ER to support her three daughters and she could not afford to take any more time off. She had to perform difficult tasks like CPR while worrying about her own health and hoping that her wounds wouldn’t split open in the process.

This trying time resulted in a strengthened bond with her daughters and sisters, and an even deeper appreciation for the smaller moments in life. She went from 60 hour work weeks to 24 hour work weeks in order to enjoy her daughters’ last years of childhood. Nancy always held her head high and pretended to be ok for the sake of her daughters. After learning that she carried a BRCA1 gene mutation, she knew her daughters could face the same diagnosis one day, too and didn’t want them to fear it.

After facing all of the struggles and sacrifices of a single mother battling breast cancer, Nancy reached out to FAB-U-WISH in order to do something that made her feel both confident and fabulous again. Her wish was simple– to get a new dress and a night out on the town; but Giuliana and her team had so much more in store for her. In September, Nancy and her daughters were flown to New York where they stayed at the Waldorf Hotel and even saw Wicked on Broadway. Giuliana surprised Nancy with a trip to the Badgley Mischka showroom where they found Nancy a fabulous dress for an exciting evening. After hair and makeup with Giuliana’s glam squad, Nancy donned her dress and sat front row at the Badgley Mischka fashion show for New York’s Fashion Week. We are happy to report that after Nancy’s long and tedious battle, she is now cancer free and ready to enjoy a long, healthy life with her daughters.