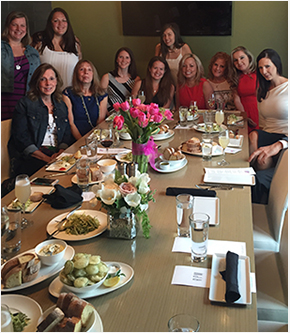 “You’re too young,” Mary was told. We are “99% sure this is not cancer,” said her doctors. But Mary had a feeling deep down that she should continue to be checked and after nearly a month, it was confirmed. The lump in her right breast was cancer. After losing her beautiful, long brown hair to chemo, she elected to have a bilateral mastectomy instead of opting for radiation therapy. She finally thought that her breast cancer journey had come to a close. However, less than a year after her mastectomy, the cancer returned in the same region. This was devastating. She proceeded through the treatments and reconstructive process all over again.

Through all of this, Mary continued to feel beyond blessed and fortunate for her “A-Team”, her supporters, who were with her every step of the way. They ensured that she did not have to worry about her bills or job. Family bent over backwards to support her through treatments, co-workers donated their precious PTO hours, and friends traveled to Texas to spend quality time by her side. Other friends attended appointments in Chicago, made her meals, made her laugh, and even laid with her on the bathroom floor when she was too sick to get to bed. The support never, ever wavered.

When Mary had one chance to make a wish, it was not for herself. It was for them. When applying for a FAB-U-WISH, Mary asked for the opportunity to properly thank those she holds close and those who, during her dark times, held her even closer. With the help of FAB-U-WISH, Mary was able to treat the “A-Team” to a celebratory lunch at Giuliana and Bill’s restaurant, RPM, in Chicago. The group enjoyed a fun afternoon of friends, family, and food. Mary wanted to show her team just how much she loves them and still appreciates their enduring support.